There have been midwives since the dawn of history, and the profession has often been the subject of controversy. In the nineteenth century, for example, doctors (members of a highly organized profession, and still predominantly male at this time) considered that midwives did not have the knowledge – and physical strength – to manage anything but routine deliveries. 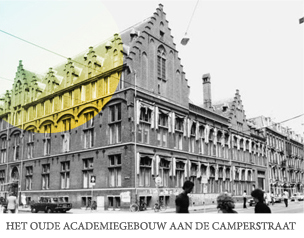 Nevertheless, midwives became highly professionalized during the past century, especially during the final few decades of that century. There have been schools of midwifery since the seventeenth century. Groningen was the first city in the Netherlands to have a midwifery school, which was founded in the seventeenth century, and the National College of Midwifery in Amsterdam opened its doors in 1861. If offered a two-year training course, aimed at improving the quality of the profession and dealing with the shortage of midwives.

Doctors had long opposed an extension of the services midwives were allowed to provide, but in 1920 the length of the midwifery training course was increased from two to three years to resolve the problem of the high pressure on students and the long hours they were forced to study every day. The range of activities that midwives were authorized to perform was gradually extended after that. On the other hand, the midwifery school in Groningen was shut down due to financial cuts.

In 1951 midwives were authorized to take responsibility for management of the entire pregnancy, to suture simple ruptures and to perform deliveries without supervision from the eighteenth week of pregnancy. They had to inform the client’s GP after such an event, and send a medical dossier to the Healthcare Inspectorate.

In 1951 midwives were authorized to take responsibility for management of the entire pregnancy, to suture simple ruptures and to perform deliveries without supervision from the eighteenth week of pregnancy. They had to inform the client’s GP after such an event, and send a medical dossier to the Healthcare Inspectorate.

The obligation on midwifery students to live in during their studies was discontinued, as was the compulsory wearing of a nurse’s uniform. The cooperation with other healthcare personnel was extended.

The National College of Midwifery in Amsterdam moved from Camperstraat to the present location in Slotervaart Hospital.

The length of the training course is extended from three to four years.

A large number of midwives mounted a demonstration at the Binnenhof (the Dutch parliamentary complex in The Hague) on 30 March to highlight their situation: excessive working pressure due to a shortage of midwives, excessively low remuneration and too many deliveries per practice.

Els Borst, the then Minister of Health, Welfare and Sport, allowed Dutch midwifery training establishments to take on more students to deal with the current shortage of midwives. The Catharina Schrader school of midwifery was opened in Groningen. This training establishment was named after Catharina Schrader (1656 – 1746), a midwife who successfully delivered thousands of babies in the Frisian town of Dokkum and environs in the seventeenth and eighteenth centuries.

With effect from September, the midwifery training courses are no longer funded by the Ministry of Health, Welfare and Sport but by the Ministry of Education, Culture and Science. From now on, the courses are registered in the Central Register of Higher Education Programmes (Centraal Register Opleidingen Hoger Onderwijs). Since 2010, the midwifery training programmes form an interfaculty together with Hogeschool INHolland and VUmc.

The new curriculum is introduced.

The location in Amsterdam moves from the Louwesweg to their new location at the Vlaardingenlaan.